When JonPaul asked me to marry him, I was elated.  I remember thinking, “This is it.  This is my happily ever after.  It starts now”.  We found each other.  In the sea of this crazy world, we found each other.  We are one of the lucky ones, we made it.  Now I can breathe.  Little did I know; it was only then that the real work began.

You see I didn’t realize that love wasn’t something that happened to you, but rather something you do.  I thought love was a feeling.  But in truth, it’s a verb.  An action.  To love someone, means to actively work at loving them.  It’s not something you get to just “be in”.  Love is showing up and doing the work. Every day.

Relationships, all of them, are complicated.  Even without any outside factors.  Then you add in real-life responsibilities, careers, families, children and it’s a miracle any of us come out alive.  Let alone still married.

When JonPaul and I were first married, our relationship was all shiny and pretty.  It was how I imagined love.  Sweet and compassionate.  Fun and lighthearted.  It was young love, before being dragged through the trenches of real life.

But very quickly our life changed, and so like all things that don’t break, we bent and changed too.  Things became complicated.  Time became sparse.  Fun and lighthearted were replaced with responsibilities and to do lists.  Sweet and compassionate became short tempers and quiet resentment.  Shiny and pretty was now beginning to look a little more like tarnished and weathered.

I will spare you the details of our story for another day, but for today let me share with you something that took me almost a decade to understand.  Tarnished and weathered is ok.  In fact, it’s more than ok.

Tarnished and weathered means that we’ve been through things together.  We’ve shared major challenges and obstacles.  Heartache, joy and years of in between. We stuck around when things got complicated.  We’ve sat and held each other’s hands when we were the worst version of ourselves, and helped each other back up to be our very best.  We’ve been dragged through the trenches, and are trying to make our way out.

The trenches are tough.  Real life is hard.  Relationships are complicated.  But real love; real, honest, tarnished and weathered love, it can make it all worth it.

Now I should have prefaced this post with the fact that I am NOT a relationship expert.  In fact, I have turned to actual experts over the years to give me advice, so the irony of this post is not lost on me.  But I’m writing this today because I think it’s something we don’t talk enough about.

I don’t have all the answers for a happy marriage.  In fact, most days I feel like I have no idea what I’m doing.  But there are some things that have helped us.  Some little lessons we’ve learned along the way.  And maybe, just maybe, if you’re living along side us in the trenches, maybe they’ll help you too.

Things I’ve learned living in the trenches with my husband

When JonPaul and I first started dating, he was over the top.  He would spoil me every chance he could and our dates were so romantic.  Ten years, and four kids later, things are a little different.  Our time together used to look a little something like this… The reality is, real life doesn’t always include blown out hair, romantic getaways, or even time away from the kids.  So we’ve had to adjust.  We’ve adjusted our expectations on what dates look like.  Every once in a blue moon, we do get that romantic dinner out just the two of us.  But most of the time our dates include left over tacos around the kitchen island on a Wednesday night.  But we’re making it work.  We’re no longer waiting for Saturday nights out, and instead finding real moments in our ever day life to connect.  After all, isn’t that what dating is.  Connecting.  Remember back to what it was like when you were first dating your partner; you’d leave little notes for each other, pick up coffee for them, rub their feet.  These are the little things we’re trying to bring back into our daily life.  Dating doesn’t stop because you’re married with kids and it doesn’t have to wait for a babysitter on a Saturday night.  It’s the moments in between that really matter.  So even though we’ve been together for over a decade, we’re once again trying to find ways to date again, every day (even if it includes a turbie twist with four kids piled on our bed ;).

2. Put in the work before you show up

I hesitated to share this one at first, because it almost sounds ridiculous. But the truth is, this is one of my favorite traditions that JonPaul and I have.  After we had kids, we had to make a conscious effort to not talk about them on our date nights.  So I started to ask JonPaul to come up with “topics” for us to discuss at dinners. I would literally ask him as we were getting ready, “do you have your topics ready?” (I wish I was making that up – I was literally that wife).  Instead of just showing up and expecting something to magically happen, we both put in effort before thinking about what we wanted to share, or know about the other person.  Questions and topics that we used to discuss years before, that somehow never get covered anymore.  Asking those more thoughtful questions has made for some really great conversations and very special evenings together.

I don’t know about you, but I know that over the course of a decade there have certainly been times that I have said some unflattering things about JonPaul when I’m out with my friends.  Little moments to vent or complain. Maybe we’ve all done it.  And I think to an extent, that’s ok.  But what I think is really important is to also find ways to compliment our partner in public.  To share with others what we love or admire about them.  Even just the little things.  I know for me it feels uncomfortable at first to do this, because its not something that we all do easily.  But I find that when I share positive stories or moments about JonPaul, it helps to reinforce and solidify those good feelings.

4. The power of touch

I’m not talking about physical intimacy, but yes, that’s important too.  What I’m talking about is the every day stuff.  This one is so hard for us.  I will be honest; our phones or laptops are around a lot more than I’d like.  So instead of holding hands, we’re holding Facebook or twitter.  It’s not good.  But we’re working on it.  On setting down the phone, or turning off the TV and picking up each other’s hands.  Something that used to come so naturally, now I have to think about.  Maybe over time, it becomes habit again (I’ll let you know in a few years)

When JonPaul and I would get into arguments, the defensiveness in me would always want to jump back and fire away with a quick witted response. My mind would already be on what I was going to say next, that I would find myself not even listening any more.  I didn’t even realize I was doing it.  Someone taught us years ago, that before we respond back to each other in an argument, that we first had to acknowledge the other person’s feelings (not what they said, just what we thought they were feeling).  It changed everything.  It no longer became about actions, but about what was underneath it all.

There are many times that I have things I want to share with JonPaul, but somehow never do.  By the time I get the kids to bed, unpack backpacks and clean the kitchen, the last thing I want to do is to get into a deep conversation about my thoughts or feelings. I hate to say it, but it feels like another thing “to do”.  So I’ve had a tendency to keep things in.  To just roll over and go to sleep instead of really sharing what’s on my mind.   Sometimes it just feels like too much work.  But what happens, is that then I hold in even more.  It snowballs.  And all of a sudden there are big things that are on my mind, but it feels too hard to start at the beginning, so it becomes a piece of myself that I never share.  A part of myself that remains unknown.  Unheard.  Unseen.  And it’s not fair, to either of us.  So I’m working on sharing more, even when I’m too tired.  I’m sharing.  I’m letting him in, on all of it.

This is the one that has helped us the most, forgiveness.  For the small things, the big things.  The things that were said, and especially the things that weren’t.  There are more hurt feelings than either of us ever intend, more actions misunderstood, and more words misinterpreted.   So we say I’m sorry.  Accept the I’m sorry’s.  And forgive each other.  Life is hard enough without carrying around extra hurt.  We’re tying to create space in our relationship for joy and laughter, by letting go of some of the pain and forgive.

I don’t know what’s to come for JonPaul and I in the next ten years of our marriage, let alone the next few months.  But what I do know is that we’re both committed to showing up ever day and putting in the work.  So while we’re in the trenches of kids, careers, moves and never ending to do lists, we’ll both just keep doing our best.

As you’re reading this, if you find yourself in the trenches along with us, I’d love to know what lessons you’ve learned along the way.  How do you show up and do the work?  Maybe together, we can all learn to love in the trenches.  And while we’re down there, find a little grace along the way. I’m Katy and this is my life 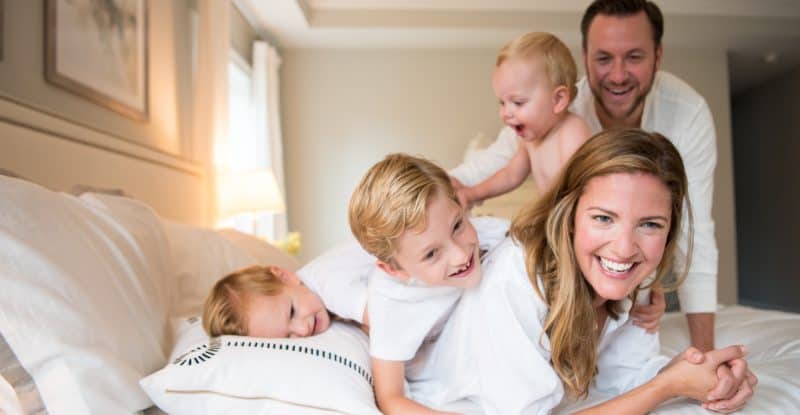 Welcome to Grace in the Crumbs. A space dedicated to finding beauty in the everyday, ordinary, and often times messy moments of our lives. I hope that with whatever mess, whatever crumbs may be lying on your floor, that you find a little grace mixed in there too.

What can I help you find

No make up. No filter. No anything, except me. R

The happiest of my birthdays to my sweet little ma

15 years. Too many thoughts and feelings for one

Today feels a bit like new year for me. September

Save for later. My go to green smoothie. I *try*

48 hours in Big Sur. One of my favorite places we